Supposedly a modification Jimi Hendrix used to carry out on all his Marshall 100w amps was to change the tone stack to a 33k/500pf resistor and capacitor combination, provided the amp didn’t already have this tone stack. This rumour was verified when the owner of the JTM 45/100 used extensively by Jimi Hendrix was given to Marshall by a Mr. Dickinson who bought the amp after Jimi’s death, and it was found to contain this sole modification.

Assuming your JTM 45/100 or similar early 100w Marshall amp has the 56k/250pf tone stack combination, first you need to locate this on the circuit board. It should look something like this: 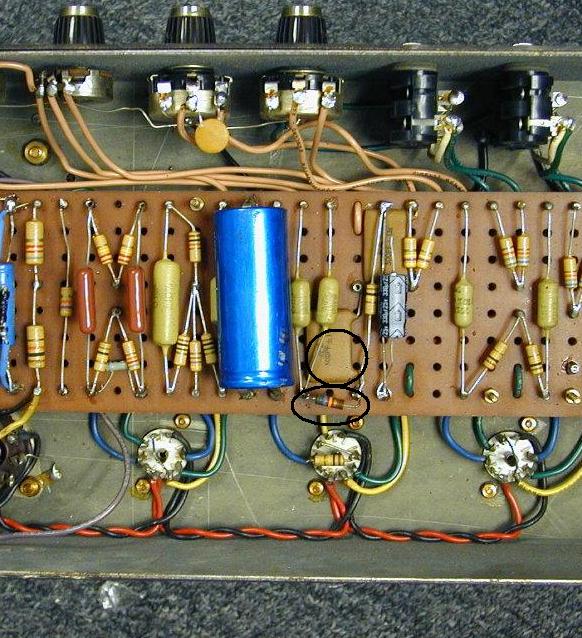 I’ve circled the two components in black. They should be a 56k resistor (bottom circle) and a 250pf capacitor (top circle). Change these out to a 33k resistor and 500pf capacitor respectively.

If you want to be able to switch between these two tone stacks, I’ve drawn up two diagrams in the general/other mods section that shows the different ways in which you can wire up a simple switch to change between them.