Back in the 1970’s, guitarists were struggling to get the awesome distorted tone of a Marshall guitar amp at reasonable volume levels. Not everyone could crank up their amp to 10 like Hendrix and Clapton, as some people needed to play at a suitable volume level for small clubs. This is what brought on the pre- phase inverter Master Volume control. Marshall used this as the unique selling point on their ‘Master Volume’ series of amplifiers, also today commonly referred to as “JMP Marshalls”.

How Does It Work?

As you can see, all you have to do is replace the wire I’ve coloured in bright blue with the orange and green wires with a pot in between, and a ground wire coming from the pot. Where you put the new master volume control is pretty much up to you, you could replace an input jack that you never use with it, or move the presence pot to the back of the amp (in a speaker jack hole) and put this in it’s place.

How Does It Sound?

The effectiveness of this master volume depends really on the balance of gain in your amp. If your amp uses gain mostly in the preamp, it’ll most likely sound great. If you use a lot of gain from the phase inverter and output tubes, it probably won’t sound anywhere close to how your amp does when cranked. Since a SuperLead or SuperBass draws most of it’s gain from the later stages, this mod isn’t really that popular these days with them, and most people tend to use a post-phase inverter master volume, Power Scaling, or an attenuator.

However, if you’re planning on reworking the preamp of your SuperLead or SuperBass for more gain, this mod will probably come in useful – even if it’s not used on it’s own to attenuate the amp’s volume, it will be handy in stopping too much gain in the preamp from overloading the phase inverter. 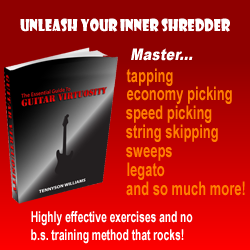